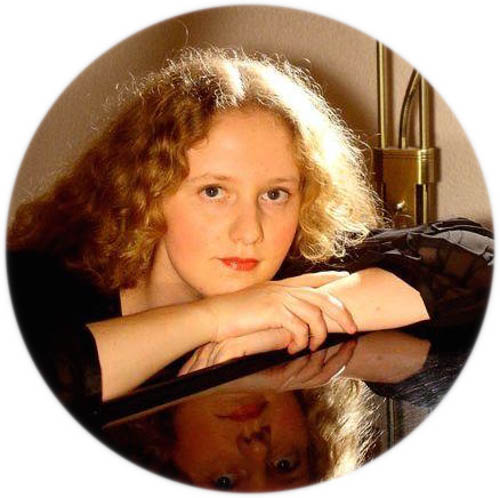 "The advice I am giving always to all my students is above all to study the music profoundly... Music is like the ocean and the instruments are little or bigger islands, very beautiful for the flowers and trees."
Andres Segovia

"The most important thing in the beginning is to find a good teacher. Usually it is in this respect where the first mistake is made, for the opinion that the rudiments can be learned from anyone is almost general. It is believed that money can be saved and the cheapest teacher is engaged which results in actually costing far more than the most expensive teacher. For experience shows that a skilled and conscientious teacher can bring his students further in a few months than a bad teacher can in a whole year. Moreover, how much time and energy is saved, thereby. For usually the student has to begin over again with a more skilled teacher, after being instructed for several years without correct principles and after much labor finally seeing how ignorant he and his instructor are! And how difficult it is to get rid of old faults which have now become mechanically ingrained."
Daniel Gottlob Türk
School of Clavier Playing, §15 (1789) 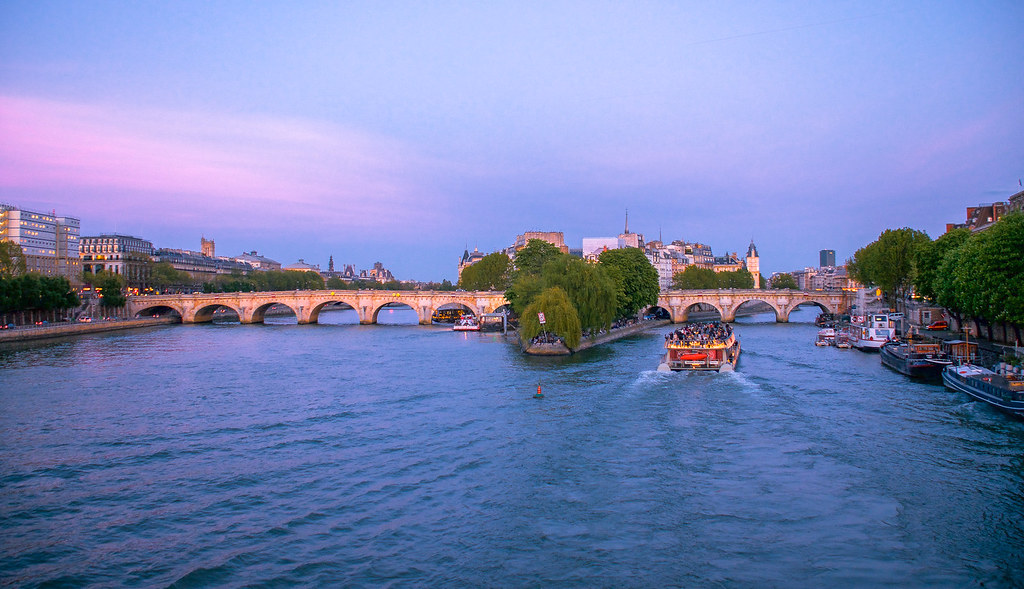 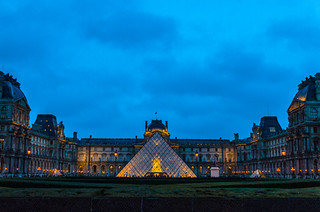 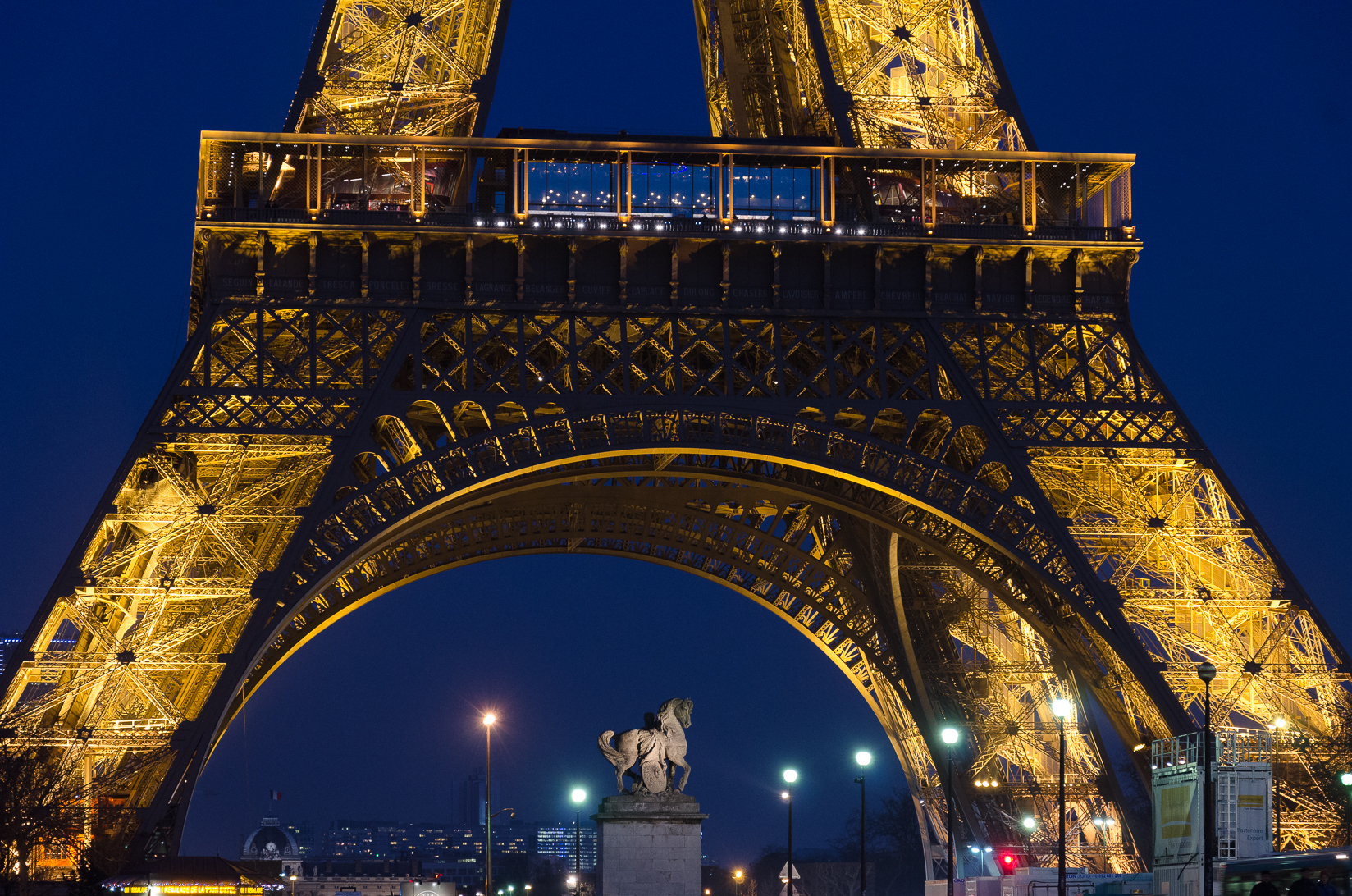 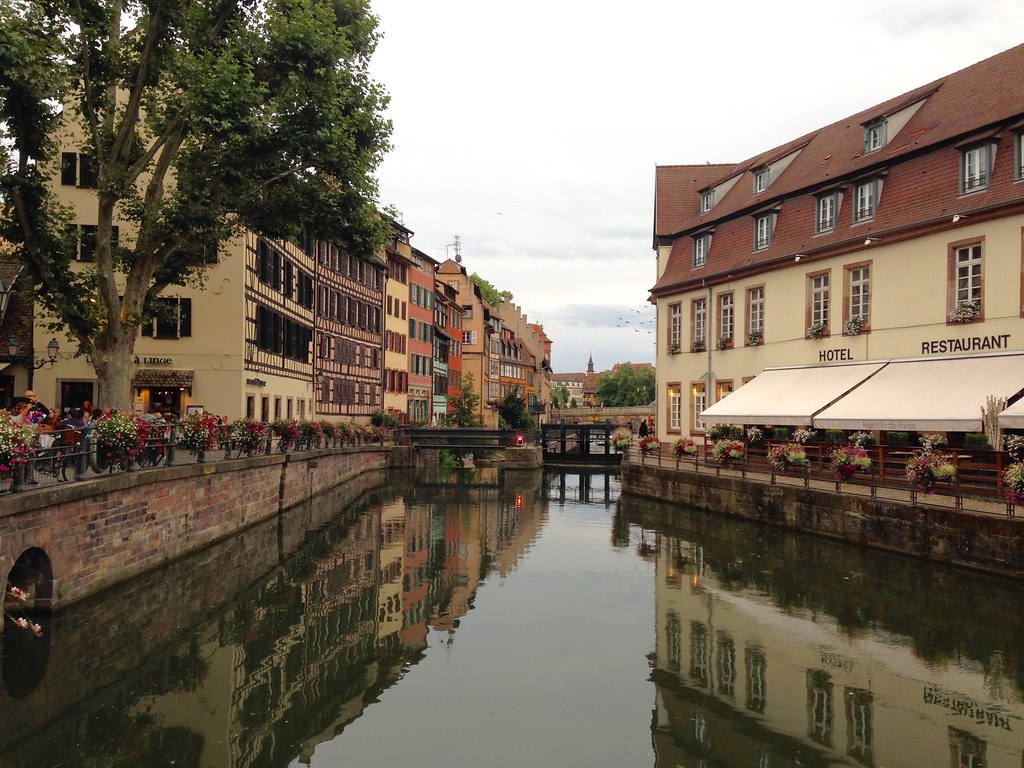 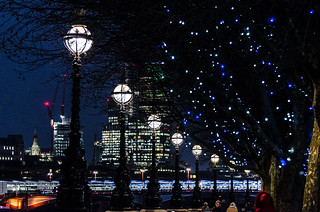 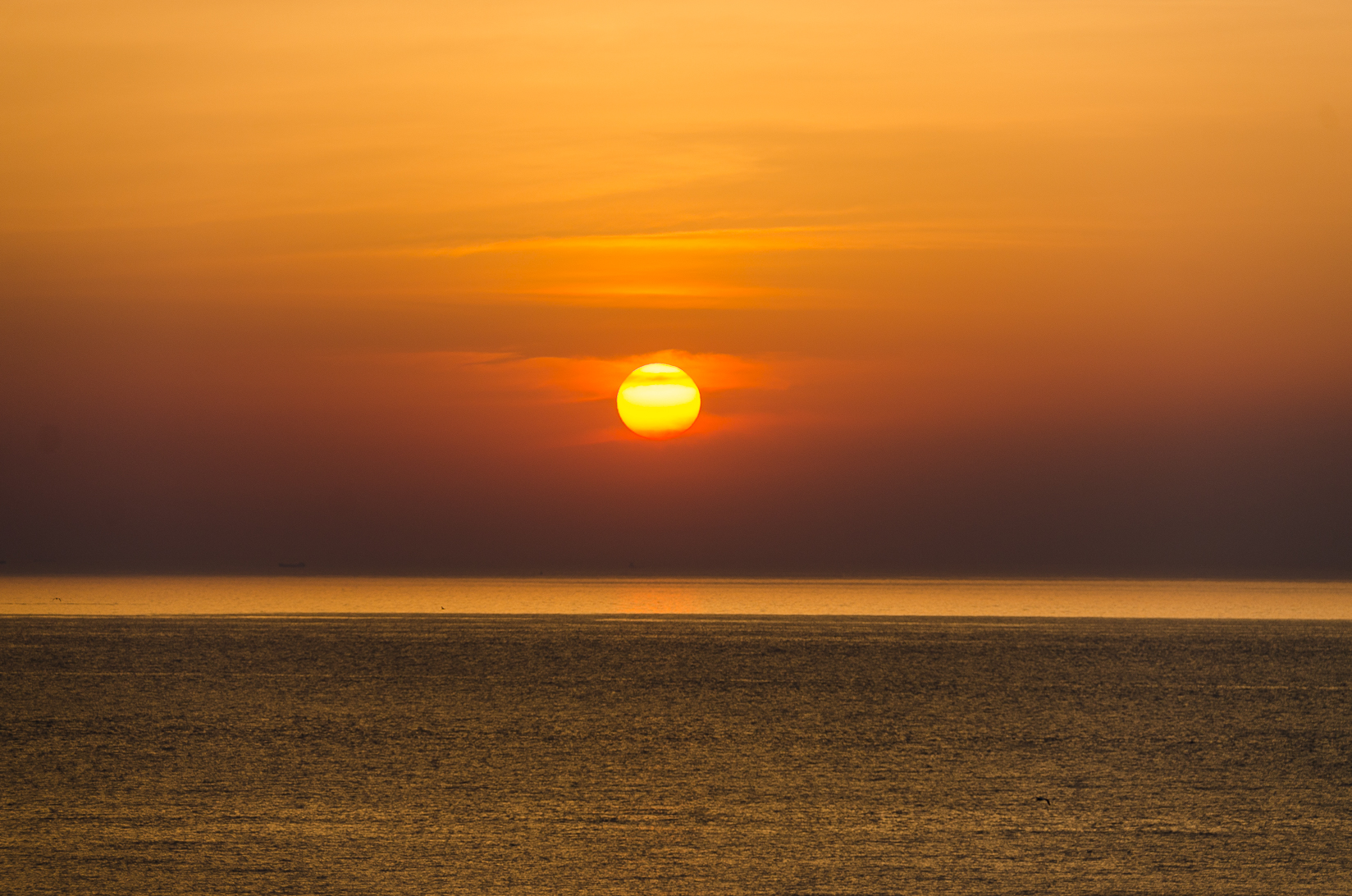 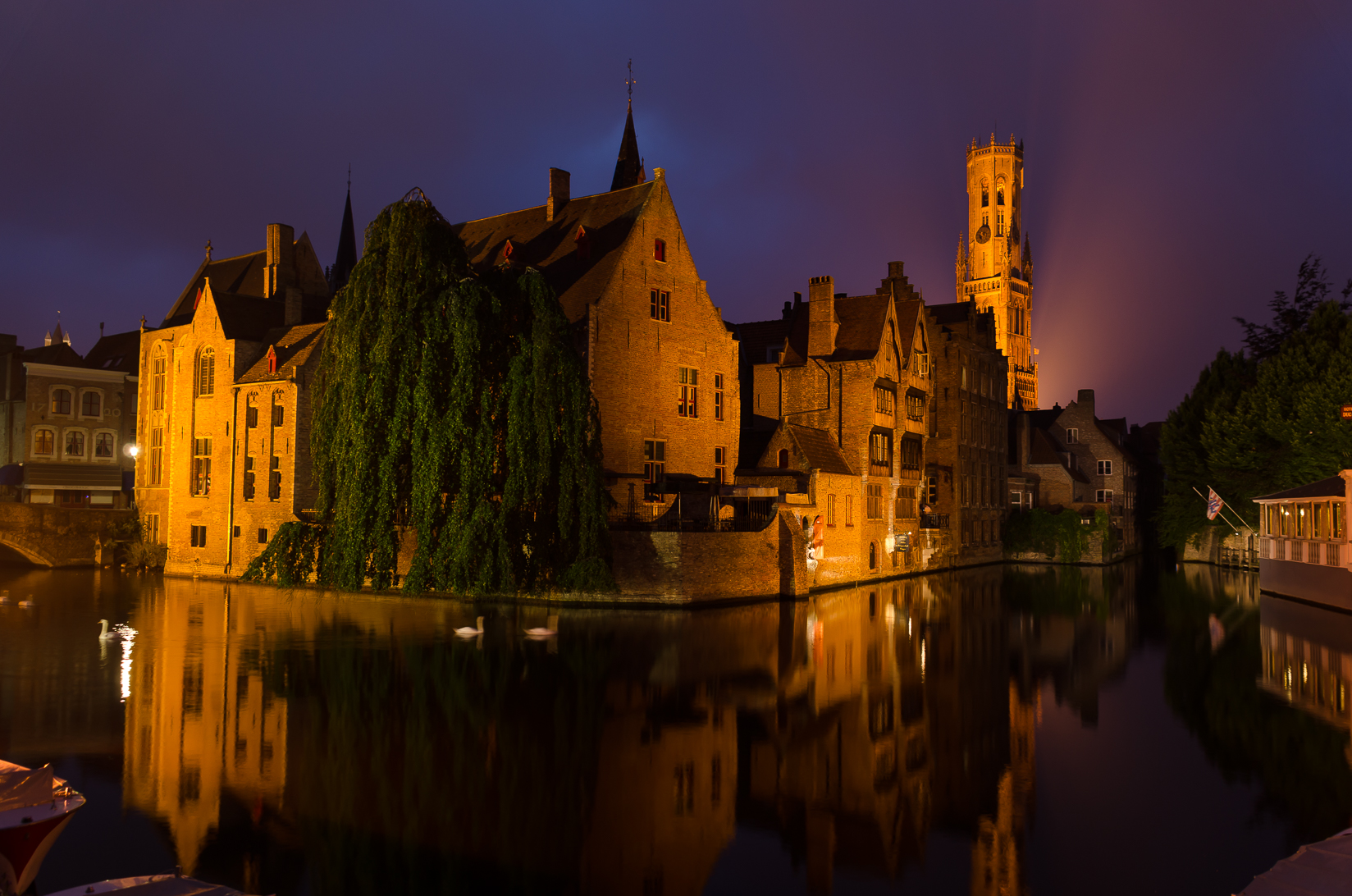 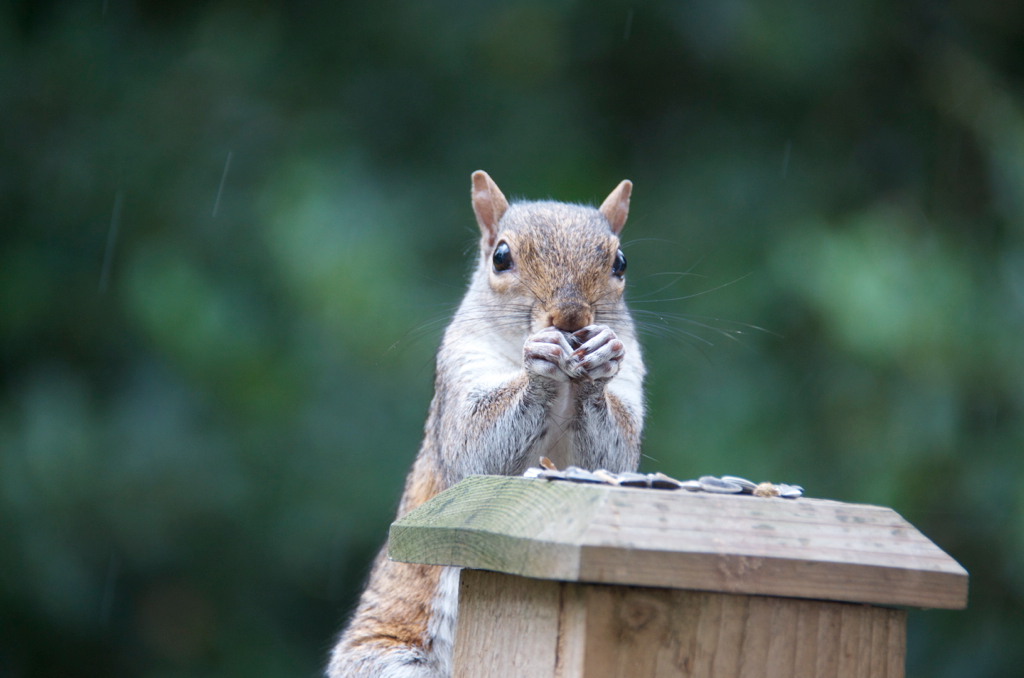 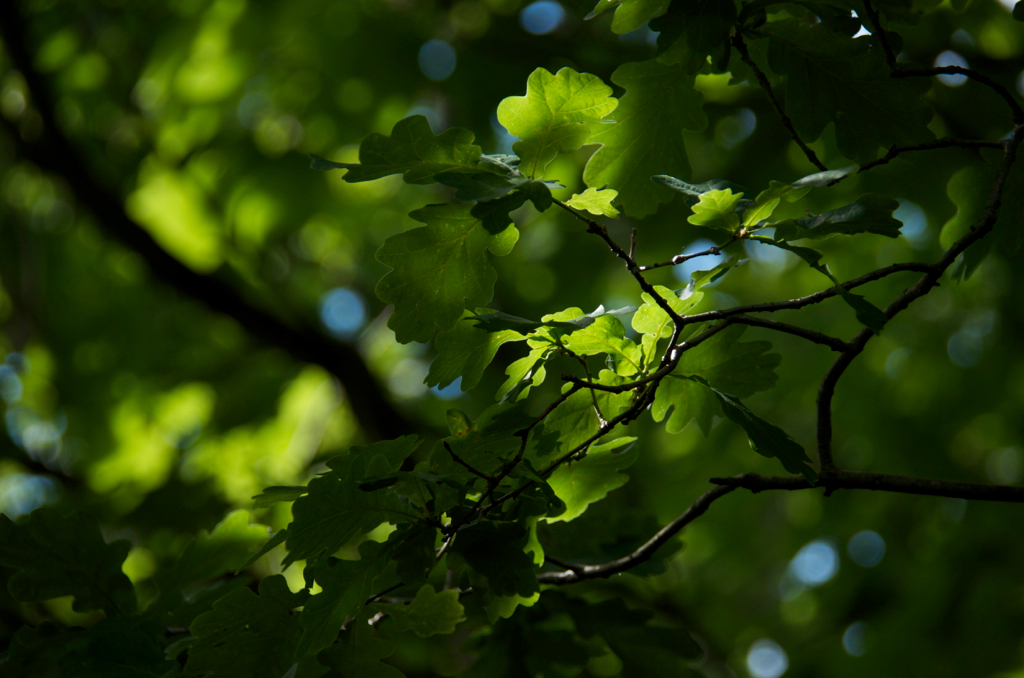 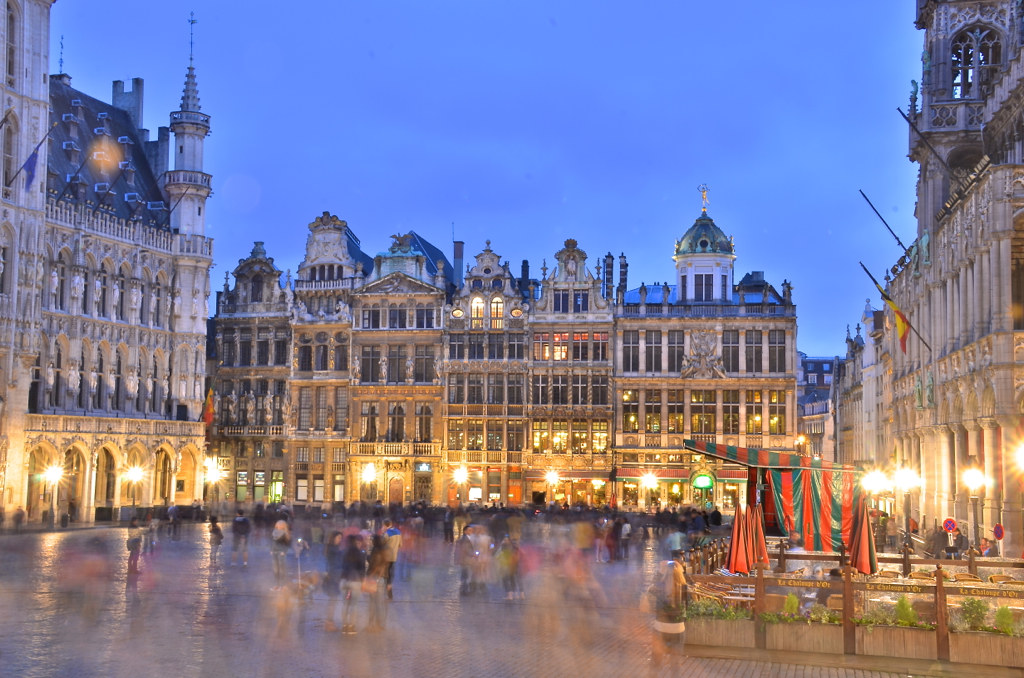 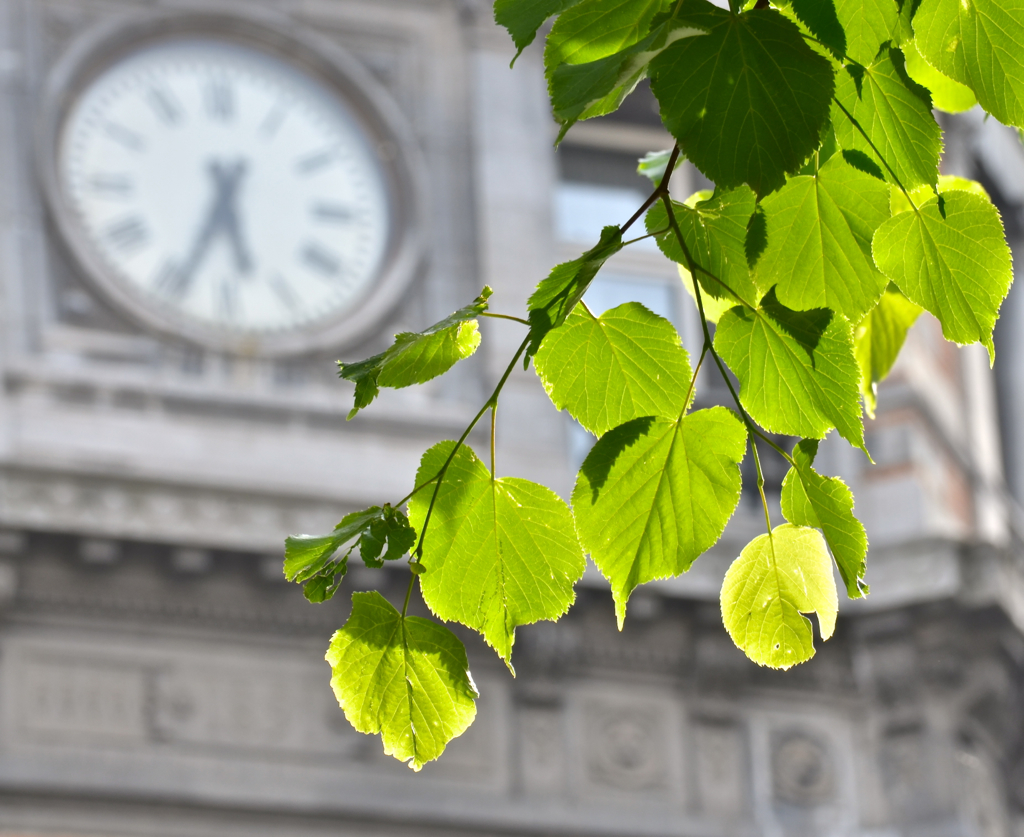 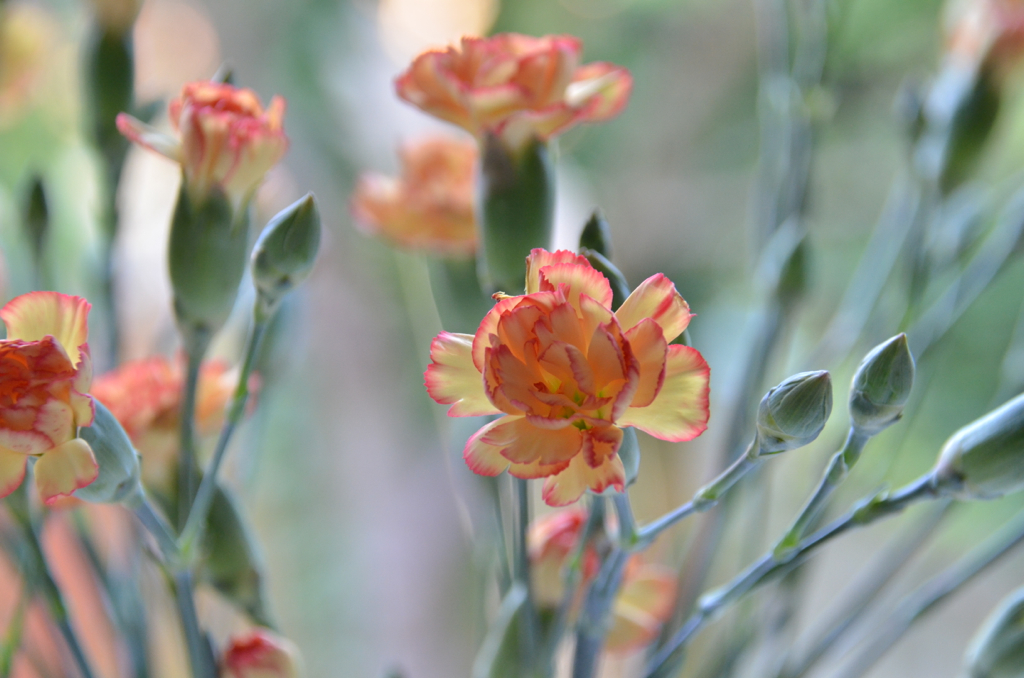 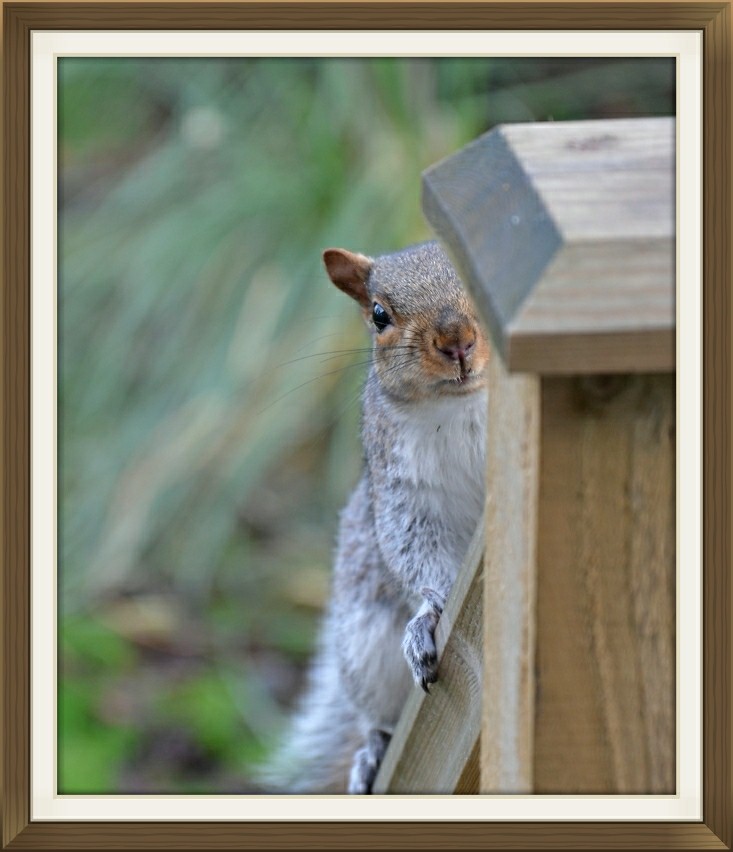 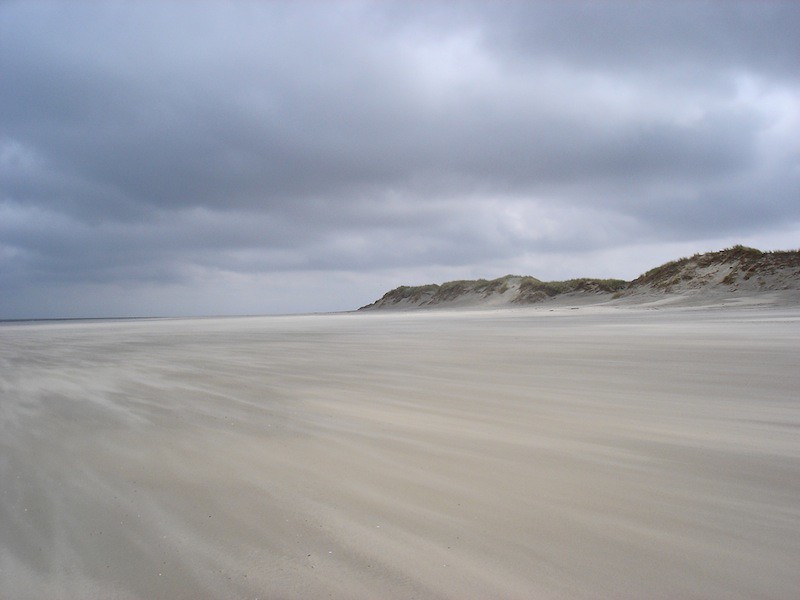 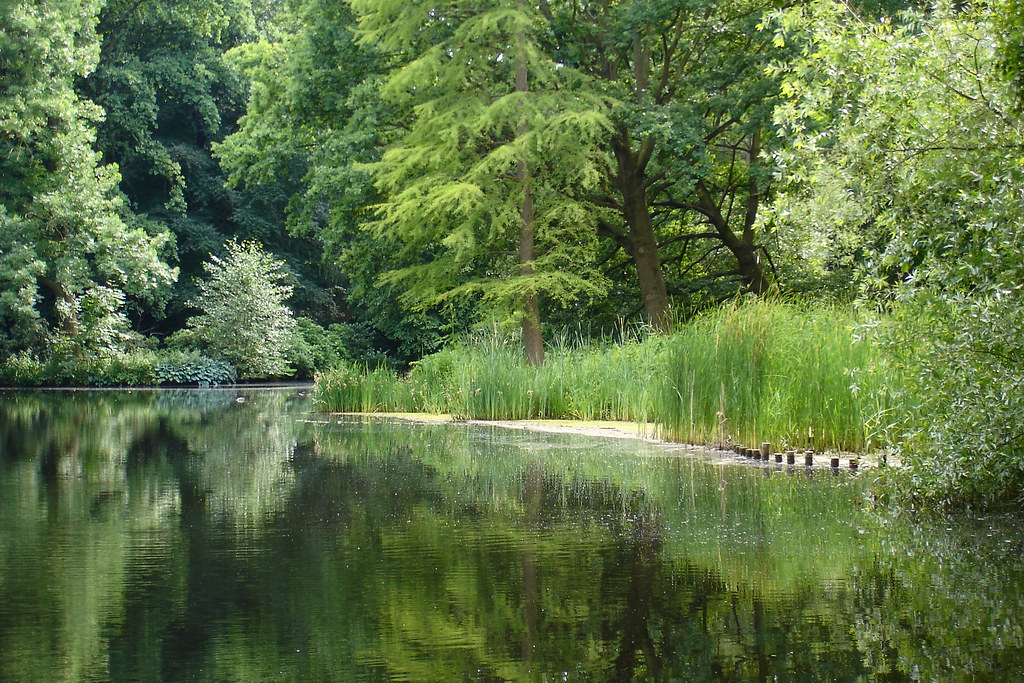 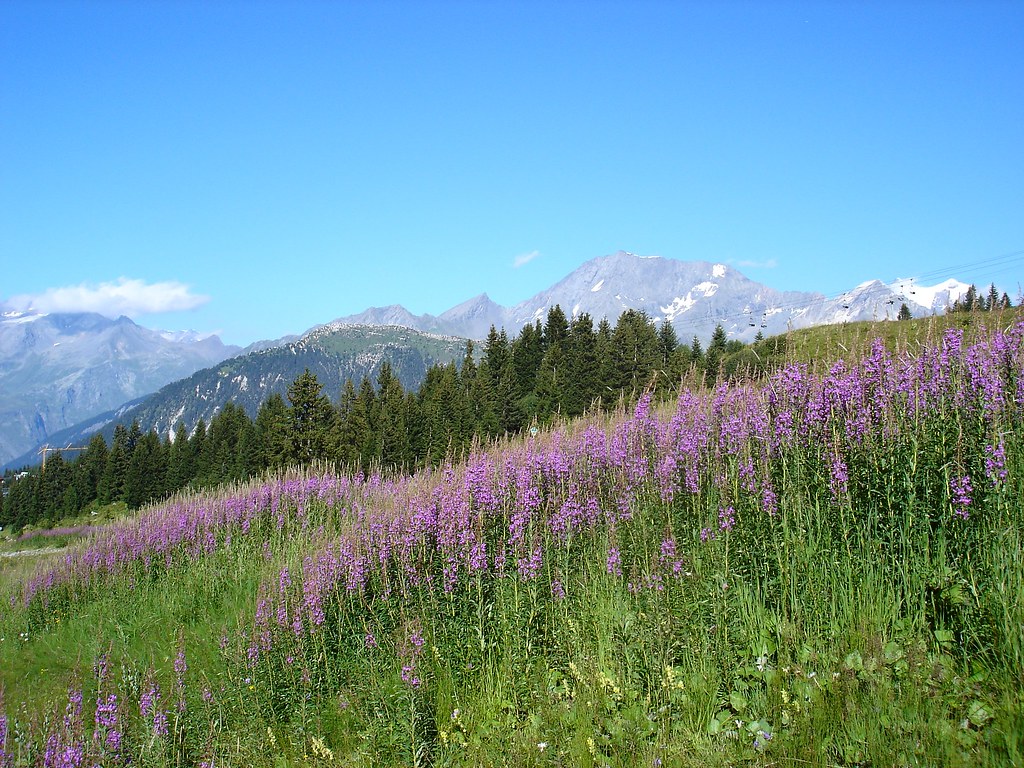 "Music is a kind of inarticulate, unfathomable speech, which leads us to the edge of the infinite, and impels us for a moment to gaze into that." Thomas Carlyle

Natalia Loresch was born into a family of musicians in Russia and received her first piano lessons from her mother, continuing with Valentina Nikiforova, a student of Olga Kalantarova who was herself a student and assistant of Anna Yessipova. At the age of eight she began playing on stage and had a solo performance in the Glinka Chapel in St Petersburg three years later. In 1995 the family emigrated to Germany and Natalia became a pupil of Prof. Conrad Hansen, a student of the legendary Edwin Fischer, in Hamburg. While in Hamburg, several prizes and scholarships were won at the national German competition Jugend musiziert, the International Steinway Piano Competition Hamburg as well as various other competitions. Subsequently Natalia was accepted at the specialist school Carl-Philipp-Emanuel-Bach Musikgymnasium in Berlin and later went on to study solo piano performance (Hauptfach Klavier) at the Universität der Künste (formerly Hochschule der Künste) in Berlin in the class of Prof. Pascal Devoyon.

Natalia has won prizes at several competitions including the Hastings International Piano Concerto Competition where she won the first and the Sir Philip Ledger Prize in 2007. She has also been the recipient of the Oscar und Vera Ritter Scholarship, the Paul Hindemith Scholarship, the Myra Hess Award and the Sir Richard Stapley Educational Trust Award.

Natalia has given soloist and chamber music performances in the Musikhalle in Hamburg, the Summer Festival Sommerfestspiele Mecklenburg-Vorpommern, the Philharmonie Berlin performing a Mozart Concerto, the Warehouse in London playing with the Manson Ensemble, the Messiaen South Bank Festival 2008 in London and she also appeared in St. John’s Smith Square playing the Schumann Concerto in November 2007. She is constantly expanding her repertoire, exploring contemporary music with interest, working in different chamber music groups and is also pursuing her interest in musicology which lead her to completing another masters in historical musicology at Royal Holloway University of London.

Within the realms of academia, Natalia has given papers on various aspects of music theory and piano performance at the IMR Interconnections Conference and the RMA Postgraduate Student Conference and a lecture recital at RAM juxtaposing performances of Bach's Well-Tempered Clavier on the piano, harpsichord and clavichord. A review was published in Early Music, Oxford University Press. The research focused on Bach’s Well-Tempered Clavier, German Baroque music theory and early 20th-century pianism in the light of cultural studies.

Natalia has been giving piano lessons in London and Berlin since 2003. Life is a give-and-take and learning without giving something back does not really make much sense. Teaching has been a major way of giving back knowledge and skills as well as a very serious interest. Natalia has invested a lot of time into studying different teaching methodologies, histories, philosophies, repertoires, curriculums and educational systems in general from the onset of thought in writing. Hereby Rudolf Steiner's writing on education in general were a special influence. As a result of the merge of the Russian, German, French and British performance and teaching traditions she has formulated her own teaching curriculum which is rooted in the aforementioned schools of pianism. Natalia's approach to teaching is motivational, serious and systematic and also advances a better understanding of music as well as the enjoyment of playing piano and making music. The idea is to attempt reaching the highest possible quality which an individual could achieve without killing their interest in music. The happiness and wellbeing of pupils is always a primary concern. Natalia's pupils achieve distinctions in exams and win top prizes in competitions as a result (see the News page for more details) and develop their musical interests as well as undertakings into a life-long passion.

As Thomas Carlyle said, through music we gaze into what is unfathomable and borders on the infinite. Playing music not only impels us to gaze into it but transports us there.

At the moment there is a book for little pupils in preparation as well as an ongoing recording project for learning repertoire for pupils. For more information on teaching please visit the About Lessons pages.

After winning the Hastings International Concerto Competition in 2007:

From a recent concert just before the pandemic:

Recording project for lessons during the pandemic:

Natalia has also pursued a range of other interests such as Baroque music theory, composition, playing the violin, recorder and flute, languages, literature, philosophy, theology, religions, poetry, photography, history, law and writing. A few earlier pictures from decades ago are on a blog on https://natashaloresch.wordpress.com/ and some more recent photographic experiments can be found on Flickr on https://www.flickr.com/photos/natashaloresch/. See a few excepts on the side of the this biography page.


"Music is a kind of inarticulate, unfathomable speech, which leads us to the edge of the infinite, and impels us for a moment to gaze into that." Thomas Carlyle